WELCOME TO THE HEALING SPRIG!
The Healing Sprig is a one stop destination where you can find honest reviews, savings, and informative resources on companies and their products that are making a difference, not only in our health, but on the environment as well. On occasion, you will find deals, discounts, and promo codes on my website. Hopefully this will inspire you to start a natural, chemical free, and eco-friendly journey with products that are affordable and you can trust! Thank you for joining me here at The Healing Sprig!

I have always been a big animal lover. I grew up with dogs, birds, turtles, and an iguana. I never had a cat growing up because my dad didn't like them.  Later in time I found out he had a bad experience as a child with a cat. He tried to play with the cat like it was a dog and things didn't go well (the cat attacked him). Ever since I can remember we were not allowed to bring a cat home. I do have to add that I was allergic to them too.

When I was single I really didn't have time to take care of a pet because I traveled and worked a lot. I could never subject a little furry creature to neglect, so I chose to put a pause on the pet ownership for the time being. When I got married my husband fortunately was an animal lover like me.  He too grew up with pets, mostly cats.  I knew deep down he missed that.  I mentioned to him that I really wanted a pet for our home.  So we both agreed that it would be totally manageable to have one.  Adopting a pet meant serious business for us, not only the responsibility, but the commitment that goes along with it.  I know this sounds cliche but these precious little creatures become part of you family. To me a home is not complete if you can't share it with a furry friend ( I'm not speaking about humans, no judgement here lol).

The place where we lived at the time didn't allow cats. This presented a snag in my plans because I wanted a dog.  Little did I realize this would actually open up an opportunity for me to explore the cat species now that I didn't have to contend with my dad's restrictions. It was time...

If  I was going to be a cat owner I always wanted an orange tabby. I grew up in the whole Garfield era.  I loved that cat's personality.  So I was resolved to find me an orange kitty.  I stumbled upon this organization called Cats In Need, in Fullerton, CA. (I'm not being paid to promote them...I simply love the way the take good care of the kitties and the staff is awesome).
Go to:Cats In Need, Fullerton, CA.

I was able to find my Cheddar (orange tabby) there 14 years ago (yep 14!). The old girl is still going strong.  Six months later when I was out shopping for cat food, I fell in love with a kitten we named Rollie.  We named him after the Hall of Fame baseball pitcher from the 70's, Rollie Fingers (my husband is a huge baseball nut).  He is now 12 years old.  He is still "kitten like" and rules the house. Cheddar, you can say, is active as well, but more of a "gingerly stroll" kind of way...Though they are not the best of friends, they have managed to tolerate each other throughout the years (sounds like an old cat marriage, lol).

I'm not going to lie, it was pretty brutal on my allergies when they first arrived, but I loved them so much that I was willing to put up with it.  I eventually built up a tolerance for them and we have all managed to cohabit for 14 years and counting.

One of the ways this was possible was through a wonderful product that really helped make this happen.  I found a kitty shampoo that helped control the dander. You might be thinking, "Really, you bathe your cats?"  Of course it wasn't easy at first, at least for Cheddar, but I found the secret on how she was able to tolerate the water, I would always make the temperature nice and warm and I would  turn off the faucet so she wouldn't get scared, (basically a bubble bath for the old diva).  I got them into the habit of bathing once a month in the beginning and eventually dwindled down to two times a year because I was starting to tolerate them more and more without any allergic reaction.  Now, the shampoo I used back then was  it was reformulated, but the new stuff works just as well.  This is it Nature's Miracle Cat Shampoo Allergen Blocker

In regards to their diet, we have always tried to keep them both on a high quality food.  I have to be honest, at times it was hard to do for economic reasons.  But I remembered what the lady told me when I rescued them from Cats In Need..."Always, always stick to wet food even if you have to buy them the cheap stuff."  She never recommended dry food, she said that was more of a convenience for the owner, not for the benefit of the cat.  Since cats have the tendency to develop kidney failure (especially male kitties) as a result of the dry food diet. She said wet food will guarantee you that they are getting some moisture in their body.  So I figured I was going to stick to the advice and try to take preventive measures to avoid future health issues.  So we economized to make sure we kept them healthy and well fed.  Little did I know my endeavors would hit a wall.

Our cats have always been on a high quality diet for most of their adopted life. We use to give them a product called Evo.  Unfortunately, this company fell into the reformulation "pit" (homage to Andy Dwyer lol)...meaning a new formula was being tested.  As a result, it caused a shortage.  So in the meantime, I had to scramble to find something else that was comparable.  Now that product no longer exists.  They discontinued making their products in the Summer of 2018 due to "the food being too expensive to produce at the level of quality they expected their manufacturers to meet" (phew...longest quote ever), whatever that means (lol).  Any-who, it was a great disappointment.  This caused a bit of panic in some cat owner communities and with me as well.  Despite being inconvenient, now I had to go back to the drawing board and search out another company that would satisfy the palate of my small, recalcitrant, furry carnivores, which I know,  I could no longer fool (I know many of you guys out there can relate to the bait and switcheroo meal dance and the ornery, turn your back, silent treatment, when they don't like the food).  My cats wanted the good stuff!  In my search at the pet feed store, I found a product that was recommend by the store clerk that seemed to be comparable to what I was looking for.  Well after a few weeks of giving this to my cat, Rollie, my male kitty developed crystals in his urine which landed him in the vet for 2 days! My kitties are strictly indoor which I knew my cat was miserable.  It was heartbreaking.

After that ordeal, I was scratching my head and wondering...what did we do wrong?  So I called the lady at Cats In Need (which by the way, so helpful) She asked me all these questions about the food they were on and their ages.  I explained to her the whole reformulation debacle I was going through.  I also told her the minute we switched them to this new company my male cat started to develop crystals in his urine and kidney issues.  She asked if the new food had any fish in the ingredients. I said yes.  She said to discontinue giving them that particular food.  She mentioned that cats, when they are older, their urine is highly concentrated and they can't dilute crystals, proteins, mucus, and other debris in the bladder.  She directed me here: Crystals in Urine @CatInfo.org She said always stick to turkey or chicken at this point in their lives.

After getting Rollie from the vet, they recommended a product for kidney issues. They told me he would have to be on this diet for the rest of his life.  I agreed that the diet would have to be closely monitored but what I didn't agree with was the product they were recommending. It was full of cheap fillers.  Knowing this information,  I set out to find something closer to their natural wilderness diet.

After much research, I found a product for kidney issues that has worked so far, and another product to supplement their food with.  I took my kitties in to a different vet this time for a second opinion (after much deliberation with their care).  I wanted to see if my efforts paid off.  The Vet. told me that the cats looked great!  He couldn't believe they were the age I told him they were.  He said Rollie's kidney issue reversed itself!  He also said, whatever I was doing to keep it up. They both got a clean bill of health.  This brought so much relief to me.  I know some might read this and say I am a crazy cat lady, or they are just animals, or why go through all that trouble?... but to me anything with a beating heart deserves a measure of respect, kindness and love.💕

So I now continue to buy these geriatric kitties their "love meals" in hopes that they can enjoy the rest of their lives, happy and healthy with us mere mortals. 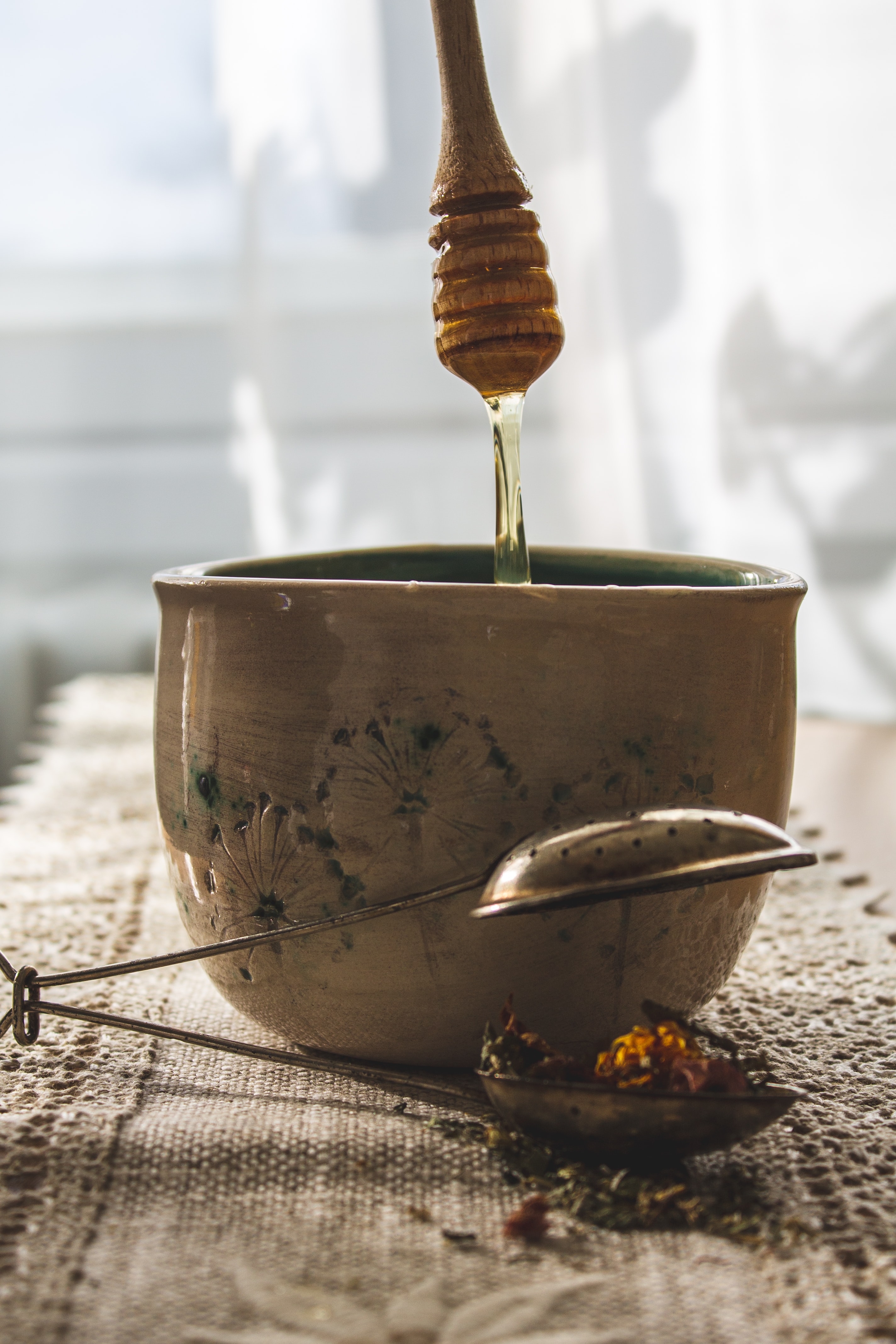 AMAZING ALLERGY, COUGH AND COLD PRODUCTS WITHOUT THE JUNK, THAT I LOVE! 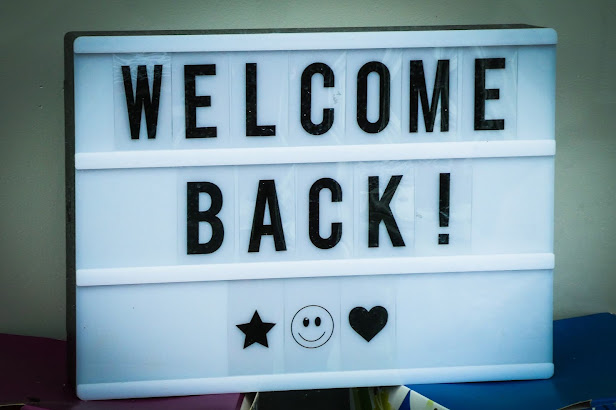 Thank You for your Patience!

Sally
United States
Welcome to my page! I have been a long time allergy sufferer. Having an allergic reaction can truly be debilitating. At times, it was challenging to find trust worthy products, that were affordable. That is why I created this site. At the Healing Sprig you will find companies that are making a difference not only in our health but on the environment as well. The Healing Sprig represents the healing journey I am on to improve my health with products I can trust. In addition, you will find honest reviews, promo codes, and savings on products I have tried or companies I recommend because of what they stand for. Thank you for joining me here at The Healing Sprig!

The Healing Sprig...Here to Help You Save!